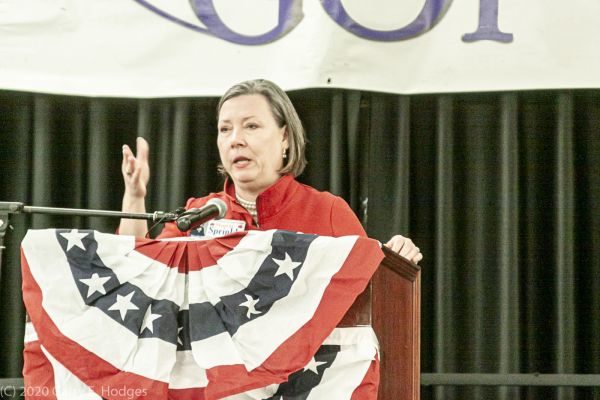 Sharon grew up in Kinston, North Carolina where her family had a small business for nearly 40 years. She attended the University of North Carolina at Chapel Hill graduating in 1985 with a political science degree. Sharon graduated from Campbell University School of Law in 1989 and was admitted to practice law in North Carolina that same year. She also attended the University of Notre Dame London Program in 1986 during law school. Sharon is admitted to practice before the United States Supreme Court and sworn in along with other members of Campbell Law School in 1992 by then Chief Justice William Rehnquist.

Upon graduating law school, Sharon came to Nash County in 1989 to practice with the firm of Early & Chandler, PA. With the firm, she handled workers’ compensation, contracts and personal injury as well as criminal law.  Sharon was fortunate to be able to  stay home with her two young daughters from 1998-2001 until she was offered a position in Tarboro as Assistant District Attorney by longtime elected District Attorney, Howard S. Boney, Jr.

Sharon dealt with criminal matters ranging from seat belt violations to high level felonies in the District and Superior Couort. Soon after being hired, Sharon was the Assistant District Attorney tasked with prosecuting complex Driving While Impaired cases.

In 2015, Sharon went back to private practice and began working with  Jessica Creech Williams, Attorney at Law, PLLC where she litigated Driving While Impaired and traffic cases as a defense attorney. From 2016-2019, Sharon partnered with Steve Stevenson representing criminal defendants and “prosecuted” Domestic Violence cases for My Sister’s House and Legal Aid.

She has served in various offices with the Seventh (now Eighth) Judicial District Bar and as President 2016-17. Sharon was appointed by Governor McCrory to the North Carolina Human Relations Commission from 2016-2018.  She served on the Juvenile Crime Prevention Council for Edgecombe County.

Sharon is an active community leader, having served on Tarboro Community Outreach Board of Directors and at Calvary Episcopal Church as Vestry member, Co-chair of Episcopal Church Women,lay reader, Altar and Flower guild team leader.

Sharon is now a solo practitioner defending the Constitutional rights of citizens charged with criminal offenses in the District Court and Superior Court.  She continues her advocacy for victims of Domestic Violence working with My Sister’s House and Legal Aid.

Sharon is married to Richard Sprinkle and they have two daughters, Caroline, age 25 and Emma Grace, age 22. They live in Tarboro, North Carolina.